As a poultry and goat keeper, I am more than aware of the problems flies can cause. By virtue of the animals themselves and their by-products, flies are always going to be an inevitable consequence of keeping animals. This is because the excretions they produce are an ideal environment to lay their eggs in and a food source.

Flies are also attracted to livestock, particularly the nasal region, because it’s moist, and they are after this moisture. I read some time ago an interesting fact about flies. A single pair of house flies starting in April theoretically, assuming none were preyed on or died, could produce enough offspring by august to cover the earth to a depth of 9m.

Fortunately, they could never get to that level because of all the predators which feed on them. But what it demonstrates is that flies have an astonishing reproductive rate and, depending on the species, can lay up to 150 eggs at a time.

Given a nice, warm, moist environment with plenty of food, a Housefly can complete its lifecycle from egg to adult in the space of just over a week (depending on temperature) and live for 15-25 days.

Unfortunately, as well as being a pesky nuisance, flies can spread diseases, impacting greatly on wound infections. In large-scale farming, flies can have an even more dramatic influence on cattle production. A number of studies in our country have shown that flies can contribute significantly to the decrease in profitability of a cattle herd.

For example, a heavy fly infestation can decrease an animal’s ability to gain weight by as much as 0.5 – 1lb per day. This is because the cow spends less time resting where it should be putting on weight but expends a great deal of energy trying to rid itself of bothersome flies.

Furthermore, the milk yields of a dairy cow can be reduced by as much as 20%. To put this into perspective, it equates to an annual economic loss in the profitability of some $1 billion. Based on American research, there is no reason these figures could not be correlated to the livestock industry on other continents.

It is not possible in an article of this length to cover every fly species that can pose a threat to the livestock/ poultry owner, but broadly speaking, most control methods work across the species.

Effective fly management can be broken down into a three-pronged approach: 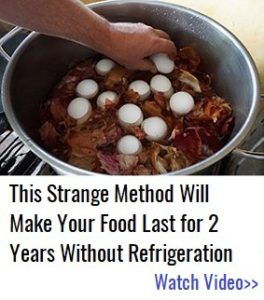 At the forefront of fly, control is looking to increase sanitation methods around the smallholding, for such things as manure/compost management and feed storage that provide the natural environment for flies to breed in.

Proper management of manure and compost heaps, or places where organic matter is stored, is important, as they provide attractive propositions to flies. As these begin to decompose, they provide an ideal environment for flies to lay their eggs in.

However, heat is a fly killer, so the hotter the manure or compost heap is, the better. Stack it high, rather than spread it out as this will generate more heat. Increasing heat generation can be enhanced by covering the pile in black plastic. All but the outer edges of the pile will manure/ compost pile will be too hot for the flies to lay their eggs in.

Your manure pile should be close enough to allow easy access, but far enough away to prevent flies from becoming a nuisance to nearby residencies and livestock. Regular management of the manure pile should be part and parcel of running a smallholding. It should not be seen as something ‘out of sight, out of mind’. When spreading manure around the smallholding, spread it thinly so that it dries out quicker.

In a similar way, the management of silage is also important. Once heaped into a pile, it should be covered in such a way so as to prevent spillage.

Because flies need a warm, moist breeding ground, do not leave decaying vegetation, food, or rotting fruit lying around. This attracts flies, and if the fly is a female, she will begin to look for somewhere to lay her eggs.

Check around the smallholding for dripping taps, dripping hosepipes, dripping water trough joints, and leaking pipes. Also, be observant around water containers where chickens feed, particularly if kept in a coop with an organic substrate, as all of these will provide damp conditions ideal for flies to lay their eggs in.

Likewise, deal with any drainage problems, and keep drains properly covered and sealed. I had a friend who had a monumental fly problem which we eventually traced back to an ill-fitting drain cover. When we lifted the cover, the inside was just crawling with fly larvae.

Cut off the fly’s food sources. Always clean buckets, rakes, shovels, etc., after use; particularly if they have been used for feed or manure management. Spilled or decaying food should also be cleaned up. 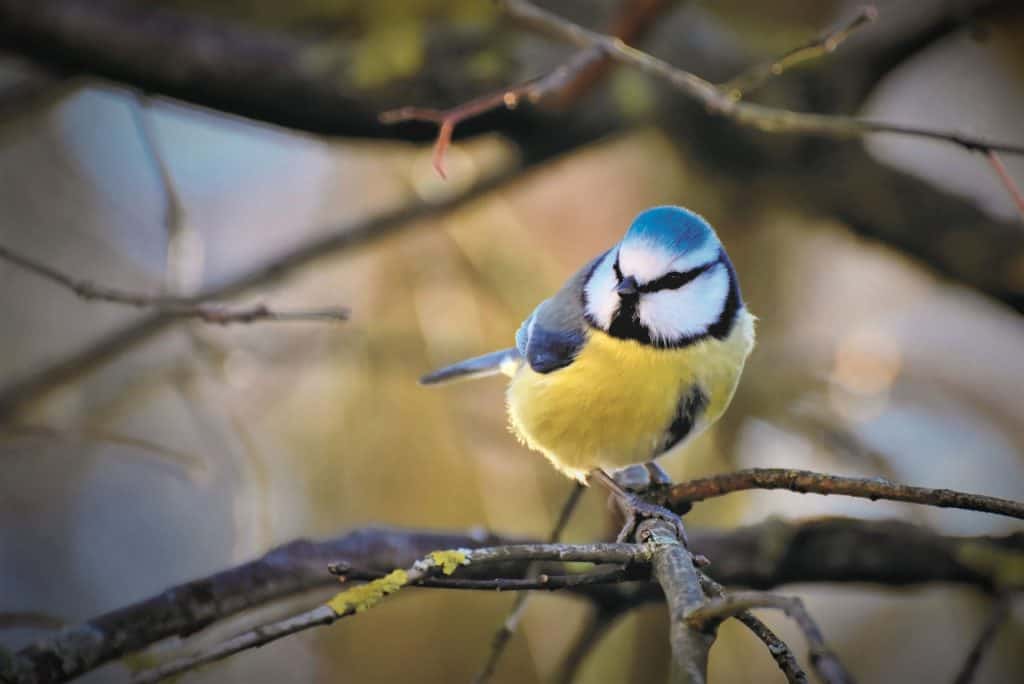 Integrated pest management is a much-underutilized resource in many parts of the world. Where it is used, it tends to be seen as the domain of the crop producer, but it also has an important role in the livestock/ poultry keeper.

Many of the natural predators, parasites, and other bio-control agents that take up residence in, or utilize the manure/compost heap will help impact fly breeding and their numbers.

Such bio-controls can include predatory mites (destroy the eggs and larvae), entomopathogenic fungi (the spores stick to the flies’ body, impacting directly or indirectly on the flies natural behaviors such as feeding), and parasitic wasps (lay their eggs on or in the larva or pupa that when they hatch, eat the host, eventually killing it).

Don’t be alarmed at the thought of wasps buzzing around stinging everybody. Many of these parasitic wasps are so tiny they resemble fruit flies and cannot sting, and it would be hard for the layperson to even identify them as being a wasp. They also tend to move around at night.

Such is the soundness of bio-pest control, that many predatory insects and parasitic wasps are available from commercial breeders over the internet. In the US, the industry is worth in the region of $100 million.

Maintaining healthy predatory levels should be seen as an ongoing fly control program. Care should be taken to use insecticides well away from areas where IPM is being used.

One predator many people forget to include in an IPM program are birds. The likes of Thrushes, Blue tits, Wrens, Treecreepers, and Long-tailed tits to name but a few, will eat flies.

Selective use of chemicals

If at all possible, limit the use of insecticides. Although they are effective at controlling flies, they also kill many of the insects that help keep them in check. Furthermore, flies often have a life shorter than many of the parasitoids and predators that prey on them. This can give rise to massive sudden population explosions of flies that then become difficult to manage until the predators ‘ catch up’.

It is far easier to control population numbers when they are small and at a manageable level than trying the same approach when they have reached uncontrollable levels.

Where chemical use is desired, there are a number of ways in which it can be applied more effectively without indiscriminately harming natural predators.

The first is to use a pour-on, as this targets the flies host without disrupting the natural predators around it. However, it is important to read the instructions on the bottle to make sure they are effective against flies; some are just effective against ticks and mites.

Another line of attack is to use a feed-through larvicide or insect growth regulator (IGR) in a feed supplement. The active ingredient of most of these is a chemical called Cyromazine.

As it passes through the animal and is expelled in the body waste, it restricts the larvae from developing in the dung. Larvicides can also be applied directly to dung piles if other sanitation methods cannot be used. Apply as per instructions on the label.

These are impregnated with an insecticide of some sort, either a Pyrethroid or an organo-phosphate that repels flies from swarming around the animal’s head.

I have had a lot of success using this time-honored product. It is cheap and does exactly what it’s supposed to. Most fly papers work by having a length of paper impregnated with a sweet fragrance that attracts the fly, and a sticky adhesive. Flies attracted to the fragrance become stuck on the paper. Simple but effective.

Another simple but effective trap. Flytraps can be bought off the shelf, or you can make your own. Basically, a container is filled with liquid bait. It has a small entrance through which the fly enters. As the fly is unable to escape, it drowns in the liquid.

Please do not do what a friend of mine did. She had a problem with flies in her kitchen, so she went and bought a fly trap. Setting it up, she put hung it from the kitchen ceiling.

Now, there are two problems with these traps. The liquid the trap is filled with is ‘aromatic’ to flies, but to our delicate noses, it stinks. So, it stunk her kitchen out. Also, because flies find it irresistible, they come flocking to it, so they homed in on her kitchen.

When using fly traps, keep them well away from the house.

I discovered by accident that Diatomaceous Earth could be used to control flies. If sprinkled onto fresh manure, it will help deodorize it and dry it out, making it less fly-friendly. It can also be sprinkled around areas where there are high levels of animal droppings.

It will not only help dry the droppings out but should flies lay their eggs in it, help dehydrate them and any resulting maggots.

Many people advocate using small battery-operated automatic misters or sprayers in barns or small outbuildings. These are effective in a confined space, but if you are fostering a bio-pest control program, don’t forget, these devices use an insecticide that is indiscriminate in what they kill. In outbuildings, you are better off using good sanitation practices. 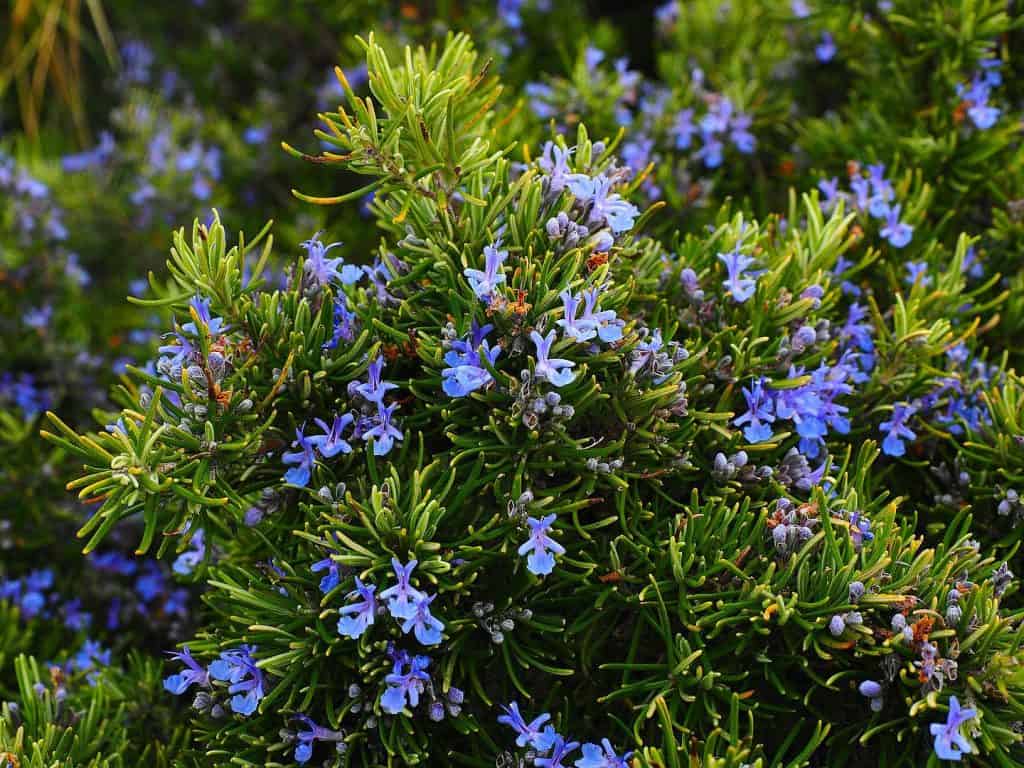 Many plants have aromatic odors which contain natural fly repellents. Planting the likes of mint, lavender, and rosemary around potential fly flashpoints, such as manure heaps, will help repel them.

By combining good sanitation, having an effective integrated pest management system in place, and limiting or selectively controlling the use of insecticides, fly control can have far-reaching positive benefits, including:

Source
Tips For Controlling Flies On The Homestead is written by Rhonda Owen for prepperswill.com

How To Get Natural Aspirin From The Woods

How To Get Natural Aspirin From The Woods