Escaping Out Of A City – Does Urban Camouflage Really Work?

When it comes to facing a SHTF scenario, finding yourself stuck somewhere in an extended metropolitan area could be one of the most dangerous places ever. In fact, the cons may easily exceed the pros: crowding, looting, violence, just to name a few.

Any prepper is well aware that being prepared involves using situational awareness, having cold blood, and even listening to your gut. This happens especially in long-term periods of urban disorders, marked by riots, which may actually separate individuals of a family.

Staying away from big cities in such a situation should be a real dogma.

An urban SHTF event could feature a long list of issues like shortage of power, blackouts, shortage of supplies such as food and medications.

Hospitals could be impossible to reach, or they will become overcrowded.

Your EDC may be insufficient to save your life.

In such a case, you need to resort to other abilities, to creativity, intuition, and even profiling.

The last one, in particular, may help you analyze those who surround you to forecast their intentions. This is especially helpful to prevent any crime against yourself, and it will also help you keep your goods too.

Knowing all the skills related to turning yourself into a gray man is surely the best way to start with if you are caught off guard because you found yourself in a city for a business meeting or whatever.

The Gray Man and Profiling

“Going to the theater or having the honor of performing in theater reminds you of your humanity in a very different way. It’s a real release and an incredible challenge. But the stage is a dangerous place. You gotta be trained. Plus, crowds like when things go wrong. I think that’s part of the thrill. Anything can happen.”

The FBI has developed profiling programs since the Seventies. They consisted mainly in gaining a large amount of data on the individual you have to deal with.

The data was strictly related to:

This incredible cluster of data can be easily turned into a real benefit for yourself if you need to understand if you can trust the person you are in contact with.

Profiling, however, is an art, and it needs to be done with caution and diplomacy. The other person may feel something is wrong if you are too obvious about your analyzing process, so he may adopt a defensive behavior.

If you appear harmless, you will be extremely proficient in gaining information on people without being suspicious when doing it.

Inside a city, the more the gray man is smarter and invisible, the more advantages he can actually obtain to escape in a silent way, evading from potential ill-intentioned people and without leaving any signs of his passage.

That being said, maybe some elements connected to urban camouflage, concealment, and antitracking can come in handy to achieve his goal?

Let’s provide some answers to this question. 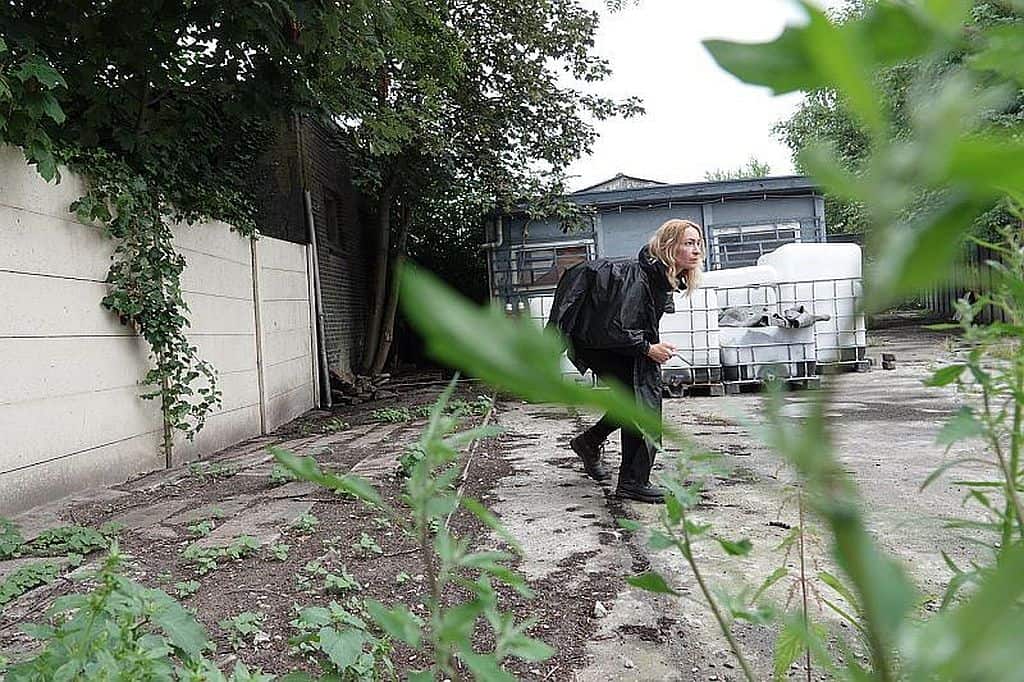 “For the anarch, little is changed when he strips off a uniform that he wore partly as fool’s motley, partly as camouflage. It covers his spiritual freedom, which he will objectivate during such transitions. This distinguishes him from the anarchist, who, objectively unfree, starts raging until he is thrust into a more rigorous straitjacket.”
– Ernst Junger

Besides a psychological nuance of camouflaging, we need to consider the fluid and ever different features of metropolitan areas all around the world.

A lot of versions of urban camouflage have been developed over the years.

Camouflaging soldiers, vehicles, weapons, and equipment has always been a priority.

Paramilitary forces used urban camo even more than any army forces did. This happened, especially during urban guerrilla fighting.

The Russian army actually stands out in this regard. They developed and used several urban camouflage patterns.

They were incredibly successful and performant inside Russian cities, often built up according to the schemes dictated by the Soviet Block.

A remarkable document on this topic is “Camouflage and Deception Techniques for Urban Warfare” by Thomas Steck, written in 1980.

It focuses on “A task of this work was to define the urban area. recognizing its important transportation and communications systems. Research included historical analysis, statistical study of urban growth, and an inquiry into the present worldwide doctrine dealing with urban warfare. Consideration was given to strategic points of view, concentrating on those tactics deemed relevant to urban warfare: e.g.. aerial reconnaissance. direct sight, and ground line communications. The report concludes that camouflage and deception can be tactically significant in urban warfare provided that effective materials are provided and that proper training is given to the using troops. ”

But what if the gray man happens to move solo?

It goes without saying that he cannot move on alone by wearing, let’s say, a Battle Dress Uniform (BDU) found somewhere else, different than his current environment. Anyone, especially guerrilla fighters, may easily spot him and identify him as a potential threat.

With that logic in mind, the gray man should wear some urban colored clothes (grey, white, black, dark grey) to help him blend with the crowd and the city itself. In order to survive, he needs to blend it, not to stand out.

He can not only be compliant with the gray man rules, but he can also move easily undetected, with no one paying attention to him or his BDU. 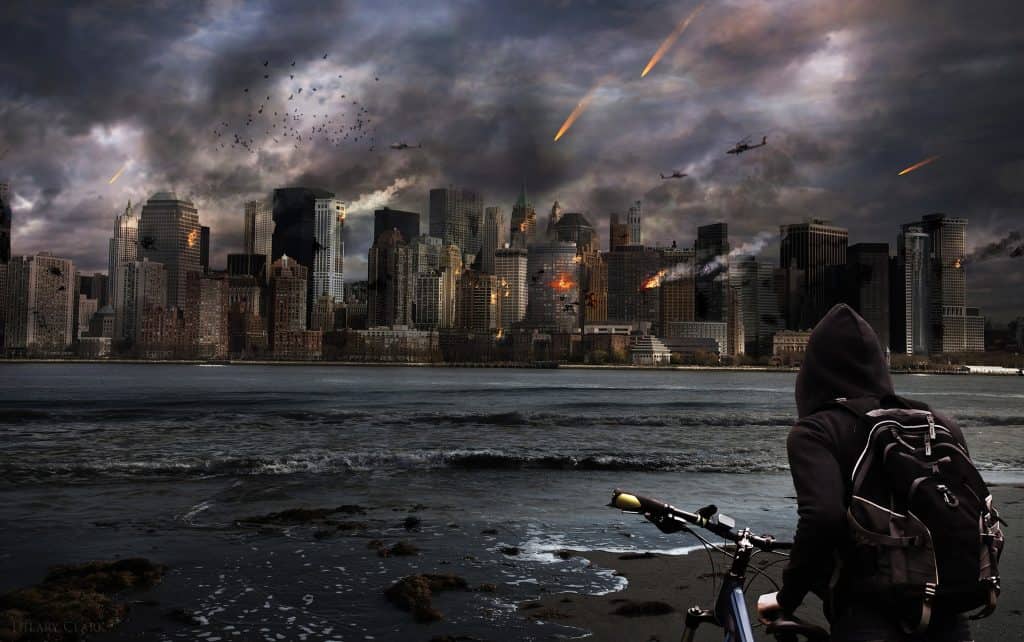 “The problem is inherent in urban warfare are as old as mankind; the city provided the defender an area for consolidation of forces and hopeful expulsion of the invader. With its narrow streets and interior lines, the city prevented the invader from using his mobile forces (chariots; cavalry; tanks) effectively, thus reducing the speed of the attacking forces to that of the infantry. In addition, every building became a fortress from which the defender held off the enemy and inflicted heavy casualties upon him. The inherent defensive advantage of a city has continued to the present. The overall effect has been to convince the strategists and tacticians to state in their Field Manuals “avoid combat within cities.” 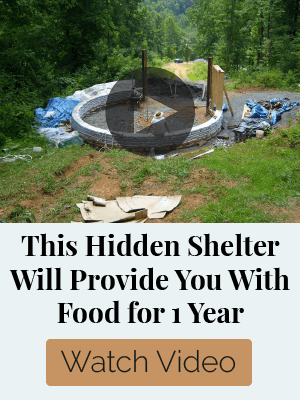 Making your way out from densely populated areas involves a large number of different skills.

Above all, I would say the following are a must:

Flexibility goes in accordance with the constant movement of metropolitan areas, to people and vehicles.

As introduced in the previous articles, the application of anti-tracking and man tracking can come in handy to check your trail and detect if the whole scene is safe or if it isn’t.

This happens to be extremely helpful when you move into rundown areas, which have the presence of smashed materials, sands, and so on. Good track traps to see footprints or tire marks.

Pairing low-profile clothes with these skills allow you to move undetected in a smart manner.

In the manual I wrote last year, called “The Urban Tracker” (2020), I pointed out the following principles:

“The fundamental point for tracking (and urban tracking makes no exceptions) is Locard’s exchange principle: “Every contact leaves a trace.” Simple but true, any person who crosses an environment will leave behind a large amount of evidence — even microscopic and easily overlooked !— of his/her movements.” (Kyt Lyn Walken, “The Urban Tracker“, 2020)

If you are pursuing your way out from a city, avoid crossing into ponds, fresh asphalt, tar, and concrete, as well as stay at large from public parks and gardens. You don’t want to leave any sign of your passage on these surfaces. 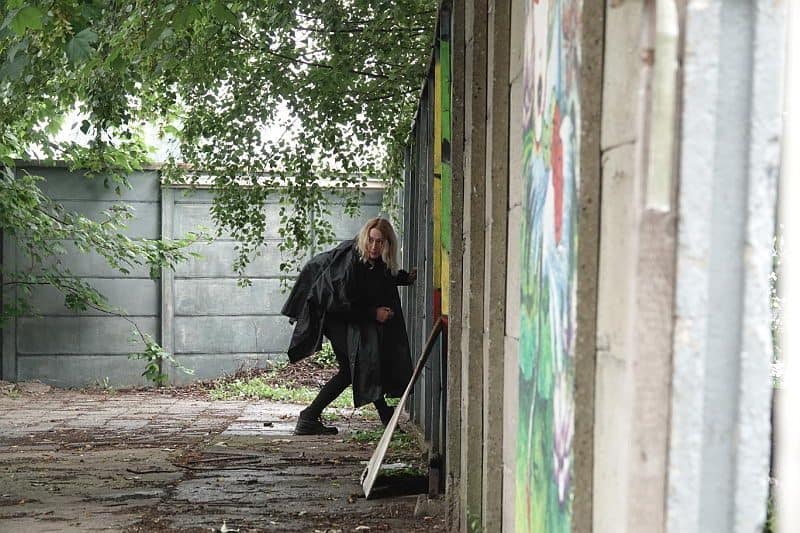 “In addition to reversible urban camouflage, the future soldier may have available site-specific, rapidly deployable urban camouflage. Using special algorithms, an inkjet system will rapidly and accurately design the appropriate disruptive pattern, select the optimum color combination and print the fabric for the specified urban terrain. The technology for urban spectral terrain data gathering and quick fabrication is mature and here today. Computerized inkjet printing systems are currently available on a very limited basis; however, the technology is consistently evolving and should be applicable and widely available in the near future.”

Moving in a fast and safe way may be achieved by years of experience in the field, through the calculation of probabilities as well as by risk analysis.

Accustom yourself to develop the previously mentioned skills in a time of peace. You may never know when you must put them into action.

Ultimately, when you need to face an abrupt change of situations, you may not even have the time to think. Panic may take control, and you need to stay focused and perform at the very best of your abilities.

Your reaction to threats should be the result of your competence, preparation, common sense, gained skills, and endurance.

Remember that “A prudent person foresees the danger ahead and takes precautions. The simpleton goes blindly on and suffers the consequences.”

Kyt Lyn Walken has written this article for Prepper’s Will.

Preserving Food and Cooking like in the Old Days

How To Build The Invisible Root Cellar

If you see this plant in your backyard, don’t touch it!

Source
Escaping Out Of A City – Does Urban Camouflage Really Work? is written by Bob Rodgers for prepperswill.com