by wbstadm
in how to be a prepper
0

When Graywolf asked me to do a camera review on the G1 WC dash cam from Spytec, I was excited. I have had some experience in my career with dash cams and I had a lot of fun tinkering with it and then reviewing it.

Well, they liked the review so much they asked me to do another one….this time on the SJ4000 wifi cam. Now I don’t want to say I wasn’t excited. I always appreciate the opportunity to contribute to this site. But I didn’t know anything about the SJ4000 other than it was a GoPro cam clone. And honestly, I really didn’t think I had a need for a video camera like this, ie a “live action cam”.

Sure, it has the mounts to easily be assembled as a dash cam. But I thought the G1 WC was more than adequate and $30 cheaper.

Then I started to think about how I could use a cam like this in my life, and I started reading up on the features.  I quickly realized that I could use the camera as a sort of “security cam”, as I can watch live streaming video from the cam through my cell phone. (More on that in a bit.)

So that is how I decided to approach this review. Yes, it has more mounts than Quaker has oats, and you could easily use it as a live action cam….mounting it to your bike/motorcycle, helmet, etc. But that isn’t my cup of tea.  (I did tell the girlfriend that we could use it as a “live action cam” when she stays the night.) But you DON’T get to read about THAT review. Sorry to disappoint. 🙂 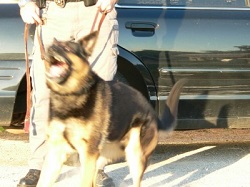 The first thing I noticed is that this cam has a built in wifi connect. I immediately saw the benefits. What this means is that I could connect it to my secure home wifi. Then with a free downloadable cell phone/tablet app, I could connect to it via my cell phone or tablet and watch the streaming video live on my phone. Now I could finally catch who was drinking out of my toilet…..my 15 year old son or my “loyal companion”!

The next feature I noticed was it had a motion activation ability, so it would only record when it’s motion detector sensor was tripped. Another very handy feature for a security cam.

So when the SJ4000 cam arrived, I took it out of the box and was immediately surprised by all of equipment that came with it. These include:

Out of the box, the camera comes in a water proof case.  The camera is still fully functional in this case, which I thought was a nice touch. You can use all the buttons while it is in the case as well. Now, I did not test it underwater, but it says you can go down to 30 meters…..past 100 feet!

You will need a micro SD card, (does not come with one) and I used the same micro card I purchased for the dash cam. And just like the dash cam, it will record in 3 minute clips, 5 minute clips, 10 minute clips, or continuous. It records the video in a .mov file, and I had no issues getting it to play on my standard PC laptop. A 3 minute clip at 1080p30 takes up about 300 MB. Once your card is full, it will begin writing over the oldest video clips first. You can lock the clip to prevent this if you wish.

This camera can use a micro SD card up to 64 gig.

The video quality is 1080 HD, and with a 170 degree wide lense, the view was VERY sharp and clear. It can record in 720 FPS if you want to reduce the amount of space you are using on your card. It can also take photos if you choose, but again, I did not really mess with this feature. Considering that damn near every cell phone being made today has a built in camera, I don’t see customers buying this video camera to use as a picture camera.

You can watch video playback on the small screen on the back of the camera. And the sound quality, while not outstanding, isn’t too bad. I did not have any problem hearing the sound on playback, although I had to turn the volume up quite a bit on my PC to hear it.

I mentioned the 170 degree lens. The video was extremely sharp, but things up close do kind of have a “fish eye” feel to it. It wasn’t that bad to me, and it usually doesn’t bother me. But if that is something you hate, you ought to take that into consideration. I have included a video of the SJCam 4000 in action. Please note, this is NOT my video, but it demonstrates the clarity of this cam, even under water.

One of the features I liked is this camera will charge while in use. You can also remove the battery, and it will continue to work as long as it is receiving power. It has an AC adaptor, so you can plug it into the wall. The battery did seem to take several hours to fully charge, and it might even be longer if it is in use. But again, it will charge while in use so I don’t see the long charge time as much of an issue.

On a battery charge alone, the camera will work for a little over an hour. I priced some backup 900 mAH Li-on batteries on Amazon, and they were about $12-14. Not too bad. A USB battery recharger is also available.

With the G1 WC dash cam I mentioned that the buttons were NOT very intuitive. That’s not the case with this camera, as I had the controls down very quickly. There are a lot of settings on this camera, but they really are self-explanatory.

I mentioned the wifi earlier. With the free SJCam application, you can watch the video stream live from your cell phone or tablet. Simply to the Apple or Google store and type in SJcam. You can find it with no problem. Now download it, link to your cam, and you should be good to go.

I did notice there is a 1 or two second delay between the live feed and my phone, but that wasn’t an issue for me. You can also watch saved clips by streaming or  by downloading them from the micro card to your phone if you want. You can also change the settings of the camera from your phone over wifi. (Another neat feature.) There is also a password you can create to prevent others who might try to connect to your cam. But if your home wifi is not secure, you need to slap yourself and make it secure!!

One thing about downloading or streaming to your phone, is that the file list you pull up on your phone are by name only. There are no thumbnails, so sometimes I had to guess as to which file I was wanting to view. That was kind of annoying, but oh well. And if you download, be patient. It took me several attempts before I realized that it really was downloading. When downloading, there is a very thin line across the top showing how much is downloading. But it is hard to see if you do not know what you are looking for.

You can hook your cam up to your TV via an HDMI cable (not provided), and watch it on the big screen. However, you cannot stream live via the HDMI cable and record at the same time. My girlfriend and I found that out when tested the live action cam part. 😉

Until I realized its potential, I never thought I would have a need for a camera like this. It functions nicely as a dash cam, (it does have a Car mode) but I think the wifi features make it a solid choice if you are looking for a security or “Nanny” cam. The fact that is is sometimes almost 2 or 3 times cheaper than a similar “GoPro” cam is even more appealing to me.

For me, the only drawback was that the phone app needs a few minor tweaks. But I’m willing to bet those will be updated over time. Still, a decent security or “Nanny” cam that you can watch live streaming via your cell for only around $120…..hard to beat that!

Source
The SJ 4000 wifi camera is written by James L for graywolfsurvival.com